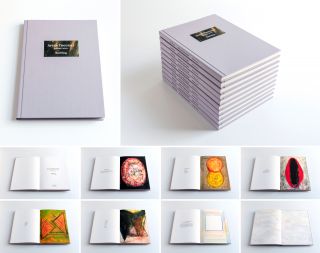 The poet and painter Basil King entered Black Mountain College as a teenager, where he studied painting with Esteban Vicente and Joseph Fiore, and writing with Charles Olson, Robert Creeley, and Robert Duncan. Over the years, King has contributed significantly to the worlds of painting and poetry, through projects like his little magazine Mulch (co-edited with Harry Lewis and David Glotzer), and press by the same name, as well as published books and exhibited works.

This latest collection, published by Granary Books, stems from a recent series of paintings that postdate King’s 2019 project, “Looking for the Green Man.” After producing these fifty portrait variations, King “wanted to do something quiet, possibly beautiful, a place of meditation.” He continues:

“As of February 2022, I have made over sixty paintings in series of Circles, Oblongs, Squares, Blacks, Opals, Triangles and I am now working on Homage.

Here is a small sample of the work. Each one is accompanied by a short poem especially written for this book.”

This book is 11 x 15 in., bound in lavender cloth over boards with Mylar dust jacket by Judith Ivry. The 16 page spreads feature a poem and a facing painting, and are printed on Hahnemühle paper by Jason Walz. This is from an edition of 20 copies, numbered and signed by King. 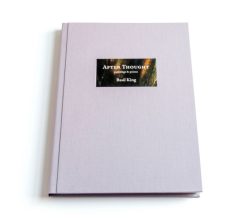 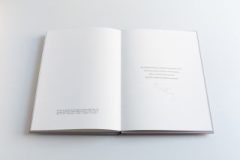 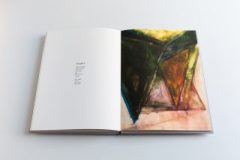 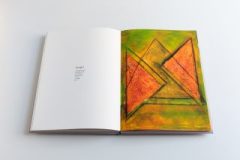 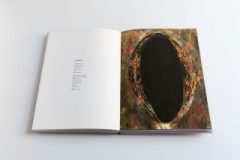 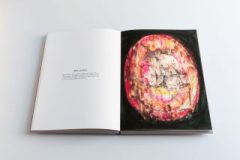 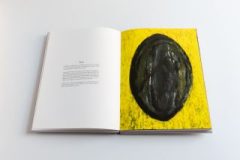 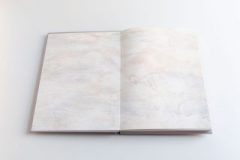 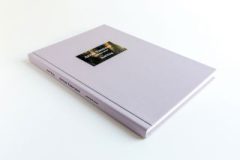