Are there old trees in Brooklyn?  Yes, but not quite like these– 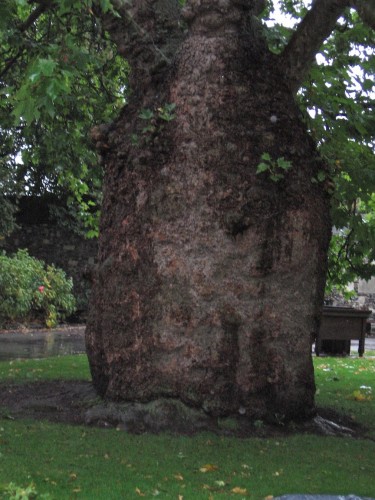 An oak in the Archbishop of Canterbury’s garden.

We were taken there by our friend poet Elaine Randall, who is among other things a child protection officer for the Canterbury diocese.   So she knows all the employees and every nook and cranny of the building and grounds. 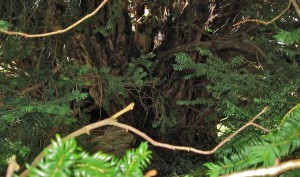 A yew in an Oxfordshire churchyard. 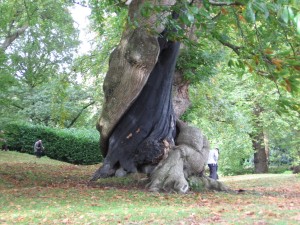 A chestnut on the grounds of what was once Dartington College.We were taken there by poet John Hall who acceded to our wish to see the place despite his sadness at returning to a scene of loss. He even had to pay for parking at a place where he’d served as vice chancellor for two decades…  Dartington College as a haven for art education and exploration is no more.  As gone as Black Mountain College. Currently the Dartington buildings and grounds are used as a conference center. Black Mountain is a children’s summer camp. 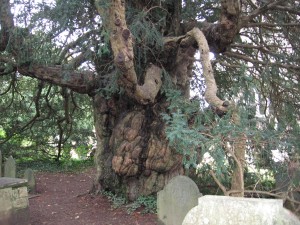 Another yew in another churchyard…    The connection is ancient and deliberate. The yews are almost always far older than the church or churchyard and have clearly been cherished by the newer order.  Perhaps not to the extent of sampling the leaves or berries. Yew leaves was a preferred means of suicide for the Romans and had some connection to pre-Christian graveyards possibly as protectors of souls after death.

And green, green everywhere in Devon. 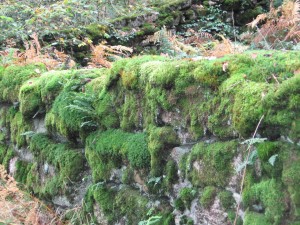 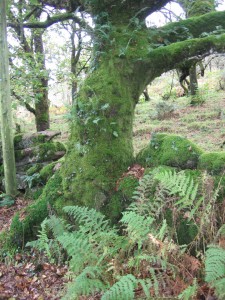 John Hall took us up the Dart river where these are.

Will any of these turn up as images in Basil King paintings?    Stay tuned. 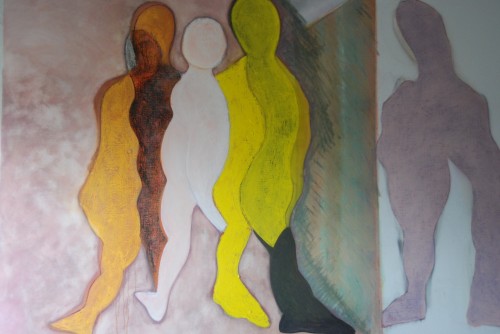